Baby given cannabis-based drug in medical first in Norfolk 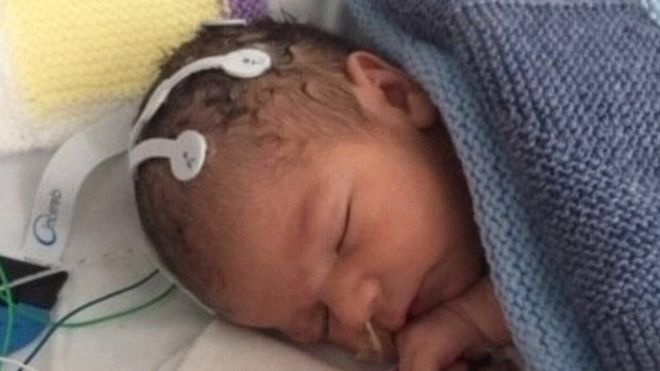 A baby has become the first to get a cannabis-derived medicine in a trial to help those born with a condition that can lead to brain damage.

This is a lack of oxygen or blood flow from the placenta to the baby.

As part of his treatment he will be given a dose of the study’s cannabis-based drug.

The drug is already being used to help treat children with rare forms of epilepsy, and this is the first time it has been used to try to prevent seizures in a baby with HIE.

Researchers involved in the study, led by Guy’s and St Thomas’ NHS Foundation Trust in London, hope the drug could one day be used routinely in neonatal care to help babies at risk of seizures and brain injury.

The trial is looking to see if the medicine is safe and effective in lessening the degree of brain injury for those born with HIE.

Oscar’s 17-year-old mother Chelsea Parodi, a kitchen assistant from Watton, Norfolk, said she agreed for her son to be part of the study as she said: “I wanted to do everything I could to help my baby boy.”

Oscar was born by emergency Caesarean on 11 March when he was three days overdue.

He was transferred to the hospital’s Neonatal Intensive Care Unit (Nicu) and put into 72 hours of cooling treatment to protect his brain.

His whole body temperature was reduced to 33.5 degrees using a special jacket like a wine cooler.

He was also given a single intravenous dose of the drug, less than 12 hours after he was born.

The drug’s therapeutic ingredient, which occurs naturally in the cannabis plant, is extracted under highly controlled conditions.

This ensures that the THC (tetrahydrocannabinol) component – the chemical in cannabis that gives users a high – is minimal.